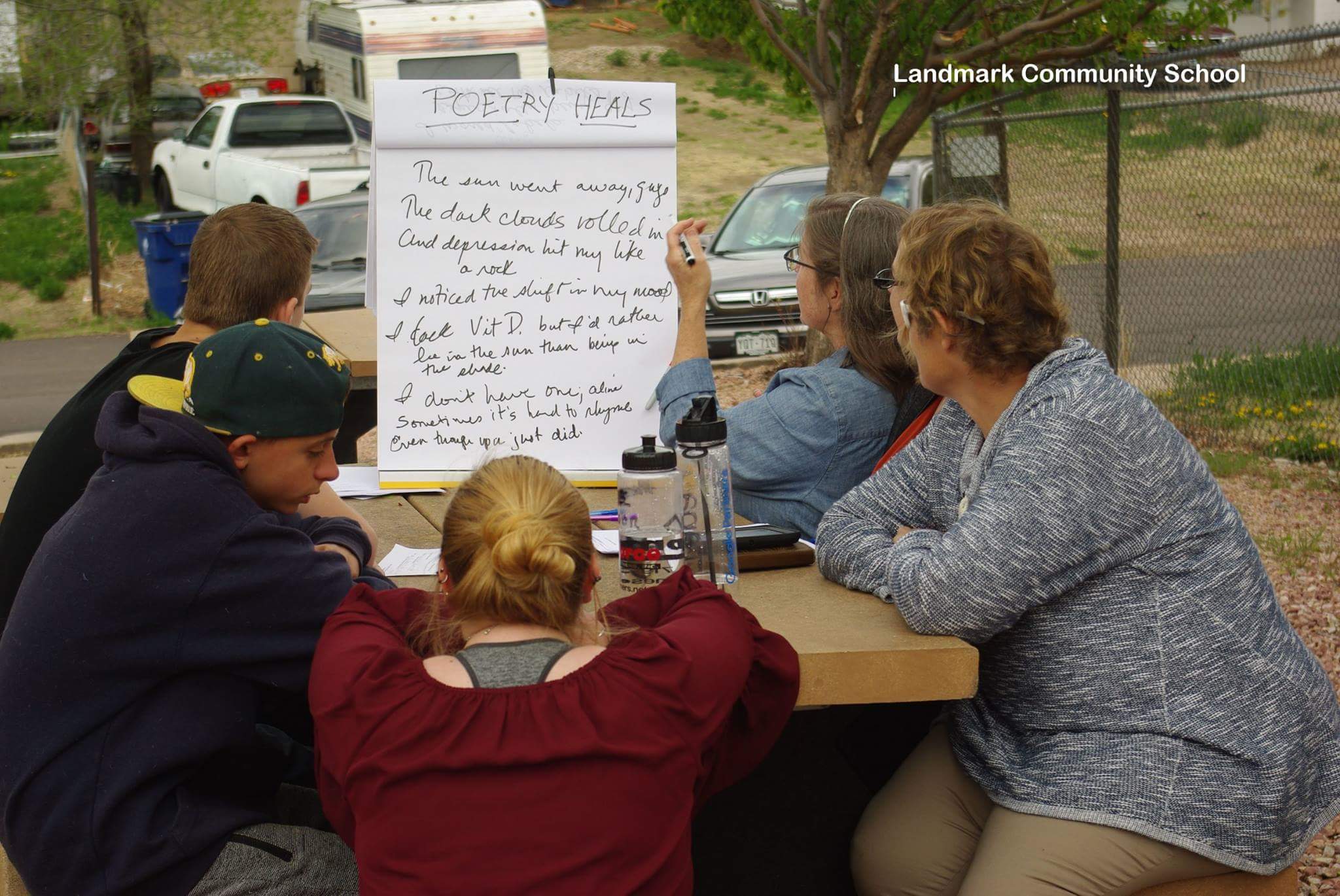 I had written a writing prompt on the white board before I went to fetch the students for the after school writing group. Landmark Community School is a safe place for teens in recovery from addiction. The kids are terrific.

“What I would l like to change?” was the prompt. Jason and Aubrey* sat down on one side of the table and I across from them, a typical teacher spot. I mentioned that there was a prompt on the board behind them and that we could write a group poem if they liked. Jason picked up the marker, walked straight to the board, and wrote that he wanted to change the laws about medical marijuana. Then he handed Aubrey the marker. She wrote “the juvenile justice system.” Jason stepped up, added numbers to the list, and added #3. This went on until there were 13 items listed. Including “my resistance to change,” and “schools thinking everyone learns the same way.”

The teacher, me, didn”t move. I said, “Thank you, can you be more specific? Help me understand.”

The students had taken over and used the opportunity of a blank white board for their own purposes. And we had a poem of sorts. When they wrote on their own, one used a fill-in-the-blank template, while the other wrote freely. She didn’t want to share her work, so I asked her to read it to herself.

“Make sure you’ve been concrete, get to something you can pinch.” She bowed her head, scratched out some words, replaced them. Soon there were arrows to the margins with words racing down the edge. She looked up. “If you are taking the trouble to write about something, you might as well get down to it,” I said. She bowed her head again. And when she lifted it, said, “I like it.”

Jason wanted to read his new poem while Aubrey quietly found her folder and tucked in her poem. I will keep my promise not to read what is in their folders without their permission. Jason now has at least one poem without the word “fuck” in it. “See you next time.”

*These are not the students’ real names.

Poetry Heals provides therapeutic writing classes to teen trauma survivors and others who are incarcerated, homeless, institutionalized, in recovery, or recently released. Thanks to grant funding and individual donors, trained writing mentors can work one-on-one with writers at no cost to the client and little or no cost to the hosting organization. We partner with many community non-profits in the Pikes Peak Region, serving people in need throughout Colorado’s Front Range.

Your Donation Makes a Difference!